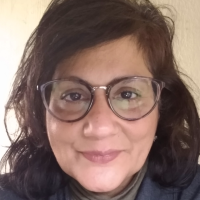 “Hamilton” returning to the Hollywood Pantages for the remainder of 2021 is the ultimate spotlight to illuminate the pandemic-darkened stage. From the moment the Aug. 26 opening-night audience stopped the show to applaud our hero Alexander (played with aplomb by Jamael Westman) as he entered, to Eliza’s (Joanna Jones) final, soaring and bittersweet notes, “Hamilton” wowed LA once again—definitively resuscitating theatre’s comatose heart.

Though you may have contented yourself with Disney+’s film version of Lin-Manuel Miranda’s already iconic 2015 musical “Hamilton” during the past year-and-a-half, don’t "throw away your shot” at experiencing it in 3D life in this national touring production, including a live orchestra (conducted by Andre Cerullo, music orchestrated by Alex Lacamoire).

Above all, the music and abundant, rhyming lyrics in its 34 songs raise “Hamilton” to the heights it has enjoyed since its New York debut six years ago, before masks and vaccine cards were required to attend theatre as they are now.

But even with those minor inconveniences, nothing is better than the lively energy of an enthusiastic cast and crew and an audience trying their best to give it back to them. We’ve missed that since theatres darkened in March 2020. Now the tour-de-force that is “Hamilton” has ushered in the revolutionary revival of the stage we’ve been waiting for. Don’t miss it.

“Hamilton” continues at the Hollywood Pantages Theatre at 6233 Hollywood Blvd., Los Angeles, through Jan. 2, 2022. Most ticket prices range from $55 to $195 for shows Tuesdays through Sundays, including weekend matinees. Visit broadwayinhollywood.com for tickets and information.

Day After Day (the Life and Music of Doris Day)

There is probably no more fitting tribute than this production to appreciate her life and especially her music. If you are a fan, you will love every note. And if, like me, you don’t know much about her, you’ll not only come away educated but also enriched by the talented team behind Day After Day.

Adapted by Director Andreas Mitisek and Culture Clash writers, this version of Purcell’s 17th-century semi-opera features Arthur King, a Fox News-watching asylum inmate who believes he must stop “shape-shifter” aliens with his superpowers. More fun cannot be had at an opera as comic books, superhero dolls, genre-bending video interviews, virtual-reality excursions and excellent operatic singing are layered together in a delicious, though politically biting, cake.

Though the entire cast and crew [...] do justice to this ambitious production, it's the statuesque Bowman, with her commanding voice and presence, together with the vivid and spirited Innerbichler who carry the show to a fierce level.

If you love Shakespeare– and especially if you don’t– MTW’s production of Something Rotten! will charm you with its campy but smart take on the playwright and delightfully over-the-top music and song.

A very talented cast of musician-actors inhabit that space fluidly and dynamically, bringing to life an unconventional love story infused with emo folk-rock.
It’s hard to say whether the cast members of Once are better musicians or actors, for they perform excellently as both.

Losada is sharp from start to finish, not only in his tenor-voiced singing but fluid, confident acting.
An ensemble cast of about 18 high-energy performers portray military figures skeptical of Eva, as well as citizens of Argentina who suffer in poverty, unify into labor groups and mourn their beloved Evita when she passes. Of them, Zach Appel shines as Agustin Magaldi, a singer with whom the 15-year-old Eva runs away with to the big city of Buenos Aires, and Emily Abeles, who has a sweet and moving solo– “Another Mistress In Another Hall”– as Juan’s young mistress thrown out by Eva the night they meet.
Whether you have or haven’t yet seen Evita live, you’ll enjoy this local production for its wholehearted performances.

The only thing that might have enhanced this BMG experience is if it had more of a narrative thread or story arc– such as the men working against their cold and impersonal surroundings– instead of playing out a series of unexpected situations within that environment. But the show does crescendo in a mesmerizing fury of sound, color, light and emphatic percussion. In the end, nothing detracts from the sheer fun, delight and amazement inherent in this exuberant show.

Each September for the past 14 years, the Getty Villa has staged a classical drama in its outdoor amphitheater, usually a modern interpretation of a Greek tragedy. This year, it’s Aaron Posner’s engaging The Heal, a play “inspired by” Sophocles’s Philoctetes.

Both the original and Posner’s interpretation are set 10 grueling years into the Trojan War, with Odysseus (Lester Purry) having to convince wounded archer Philoctetes (Eric Hissom)—whom he had abandoned on a deserted island years earlier because of the latter’s festering foot-wound—to donate his magic bow to finally end the drawn-out conflict.

Odysseus strategically brings with him slain warrior Achilles’s grown offspring, Niaptoloma (Kacie Rogers; here a daughter rather than a son as in the original), to help. Composer Cliff Eberhardt provides bluesy guitar music and lyrics to establish mood (which includes a healthy dash of humor), and an expressive chorus of three women (Eunice Bae, Emma Lou Hébert and Jaquita Ta’le) round out the talented cast as they emote, reflect and explain events.

Wounds of all sorts feature prominently in Posner’s modern retelling, with the thesis that we each (including some audience members specifically pointed out), harbor deep pain by virtue of being human. Philoctetes’s horribly injured heel is the objective correlative (to use poet T.S. Eliot’s term) of our universal suffering.

The beauty of Posner’s play, which he also directs, is in the ways Niaptoloma and Philoctetes encounter each other—warily meeting, distantly recognizing and slowly connecting as people with agendas and different kinds of deep aches. Though based on an ancient Greek play, Posner’s tight, conversational and often amusing dialogue speaks to us today (though a reference to Disney princesses is a little jarring).

As much as The Heal purports to be about wounds, both physical and metaphysical, its plot turns on lies and truths. Odysseus asks Niaptoloma to lie to Philoctetes, which she struggles with; Odysseus withholds from her the truth of his role in Philoctetes’s desertion; and Philoctetes tells half truths about his wounding but is also blind to the full truth until Niaptoloma helps open his eyes.

There is perhaps a connection between how we hurt each other by lying or withholding truth to protect our own wounds, though that connection is never made overt in the play. But we do see three characters move from the kinds of deceptions that lead to war, and from self-deceptions that perpetuates suffering, to honesty that can lead to healing.

That dance of lies and truth among this triad of main characters works believably because of uniformly strong acting. Purry portrays Odysseus as knowing but also humorously self-ironic; Hissom, wearing a torn and faded version of Odysseus’s battle uniform, embodies a man broken by isolation and pain, deranged but pointed in sharing his experience with the audience; and Rogers carries Niaptoloma with a fierce grace (epitomized by her red combat boots) as she weaves her way through with innocent conviction and learned manipulation to achieve her mission.

The chorus, in flowing, exotic red garb (designed by Sarah Cubbage), works in impressive unison to bridge the themes and emotions of the play to the audience. Eberhardt’s music and soulful singing similarly enhances its affective resonances. And the minimal set, suggestive of living in decay (Thom Weaver), reflects well the physical and emotional landscape of these desperate characters.

While the idea of wounds becomes slightly repetitious by the end, the audience is led to realize that we may lie to protect ourselves and that defense is eating us alive. Healing is a matter of honesty, or so this captivating cast would have us believe. If only we were as brave as Niaptoloma in facing the truth and as willing as Philoctetes to be healed.

THE PLAY THAT GOES WRONG

...the audience is led like the gardener’s invisible dog on a leash by director Matt DiCarlo and Mischief Theatre writers Henry Lewis, Jonathan Sayer and Henry Shields through ceaseless hysterics in a circus-like performance.

Musical Theatre West’s very magical production brings the story to life in a visually stunning way, with watery set designs and colorful costumes, as well as excellent singing by the energetic cast.

...Bestseller offers an amusing look into the writing mind and the truly hilarious inventions that can arise from it. That Davis’s and Spanjian’s characters carry the play– itself a written invention– is a testament to the creative process and the joy that can flow from it.

While solidly performed, its pacing is somewhat slow and inflections sometimes off so that comic lines are slightly mistimed and fall flatter than they should. A future production of this play might consider varying the pacing to enhance the main story’s humor. That might also avoid its jarring contrast with the rollicking novel scenarios.

But the quality of the acting, lighting effects on which many of the scenarios depend (designed by Stacy McKenney Norr) and accomplished British playwright Quilter’s profuse and adept language combine to create a solidly entertaining production in the capable hands of director Jane Page.

To convey such powerful feelings as love, loss and hope through only music and dance is a skill that Bourne commands and this production realizes. It's not the standard Cinderella story of your childhood– the cinders here are from the death and destruction of war– but Cinderella nonetheless offers a delightfully dreamy, gorgeously grown up, fun and frisky, occasionally devastating yet purely joyful experience.

The talented LBSC crew makes the story's international cat-and-mouse game nearly as intriguing as a fully-staged production. Under the tight direction of Joe Montanari, who also plays Holmes's sidekick, Dr. Watson, the story unfolds in about an hour, complete with delightful commercial breaks supporting local establishments.

Choreography by director Peggy Hickey is spectacular, with a variety of dance styles, all carried off enthusiastically by the entire cast, including the 16-member ensemble playing North Pole elves and New Yorkers.

An adept and well-directed cast brings Austen's intricate novel to life, playing up the humor while portraying how gender and class differences might be overcome by love and a sharp wit.

Playing the police and countless other combinations of characters of different ages and even genders are the formidably talented Bo Foxworth and Louis A. Lotorto (who has appeared in five previous productions of this play). Each scene requires all four actors to manipulate furniture, ladders, trunks, wheels and the like as they recite fast-paced, synchronized, witty lines and perform physical stunts that include: shaking as if on a moving train and car, climbing out pretend windows while being blown by winds and running, walking, jumping and crawling around various other obstacles, including each other.

Seamlessly directed by DuPrey, with music direction by Bill Wolfe (who also plays piano richly and assuredly), the whole production is a pleasure to experience...While the story of Daddy Long Legs has been adapted into a number of films over the years (including versions with Shirley Temple and Fred Astaire), this production highlights its poignant sentiments. Artistic direction and the actors' talents combine to create an immersive, unusual and riveting emotional experience that will carry you away on its long legs.