Tattered Capes is a brilliant original superhero story written by Gregory Crafts! Teaming up with director, Corey Lynn Howe, choreographer, Soda Persi, and a perfectly well-rounded cast, this group put on a show that was much more fun than watching a superhero movie on the big screen.

Amazing lighting and shadow work. Perfect casting! Tons of depth to the characters and acting. Awesome stunt and dance work. Great music including some Brass Against! 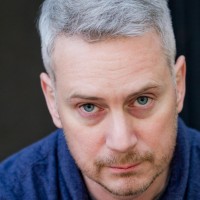