Jeff Ahern (and his character Sylus Rothchild) is a comedic gem. His improv skills are beyond measure and serve his show Sylus 2020 in ways that make his show immediate, fun, and different from other solo shows and stand up that's happening around town. Despite its lightheartedness, Sylus 2020 has got some depth, too, which I appreciate. To be honest, I've seen the show several times and it's never the same twice. If you want to see a perceptive, smart, inventive performer, this is the show. Who knows? I might even go again, as I'm sure it will only rev up the closer it gets to election time! 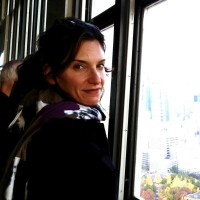